For those of you thinking of incorporating popular social media technologies into your research paper, this movie is spot on! While the story line is not new, the use of social media to move the plot is; not only is social media used to send the messages, the various tweets, texts, and other technologies are both the catalysts for the conflicts, and the ultimate glue that holds the story together.


Populated by a cast of veteran actors such as Jon Favreau, John Leguizamo,Dustin Hoffman,  Robert Downey, Jr.,   and Scarlett Johannson, "Chef" is the story of  Chef Carl who loses his restaurant job after tweeting an insult to a food critic. Eventually, he starts up a food truck in an effort to reclaim his creative promise, all while piecing together his estranged family. Despite a few expletives in both English and Spanish, the movie is family friendly with one of the main characters a 10 year-old boy who introduces his father to the real culprit - Twitter.

So, get some popcorn, call over a few friends and watch the movie tonight. The film is available through Netflix, and Amazon ($2.99).  Enjoy.
Posted by Virtual Borders at 11:25 AM

"Together we can bring peace!" 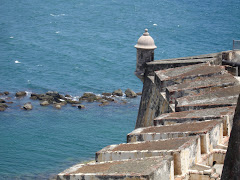